We are well known about the Indian television show Tarak Mehta Ka Ooltah Chasmah, which is comedy serial and is very popular in India. 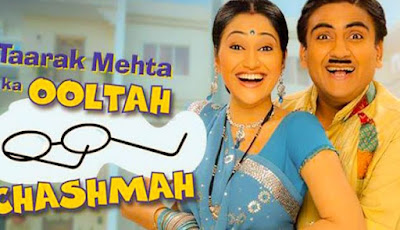 The first episode of tmkoc(tarak mehta ka ooltah chasmah) came on 28 July 2008. It was aired by Sony Pitcures Networks India and was directed by Dharmesh Mehta, Harshad Joshi, Dheeraj Dhoopar, and Dhiraj Palshetkar. It airs from Monday to Friday on SAB TV. This show is based on column  Duniya Ne Undha Chashma written by Taarak Mehta for the Gujarati weekly magazine Chitralekha.
Also read: 10 MISTAKES THAT WE’VE BEEN ON THE INTERNET ALL THE TIME

Gokuldham society is a residential society located in Powder Gully Goregaon East, Mumbai. Where there are 4 wings A, B, C, D. This show revolves around the life of eight families. In this comedy serial, the fluctuations in the lives of some families living in Gokuldham Society of Mumbai are shown.

… I can name all but seriously guys most of you are aware of the actors.
Tarak Mehta’s Reverse Chashma is one of the longest running serials. The show started on July 28, 2008.
This serial was mainly produced in Mumbai. But some parts of it have also been made in Gujarat and Delhi. Apart from this, this has been made in overseas locations by visiting London, Brussels, Paris, Hong Kong, and other places. It completed its 1000 episode on November 6, 2012. After this producer, Asit Kumar Modi revealed that he will soon make a film on this serial. The story is getting ready for this.

Many Bollywood actors have come here to promote the film mainly in this serial. Shah Rukh Khan, Rohit Shetty came during the promotion of his movie Chennai Express In which all the Gokuldhams are brought in a house by showing fear of taking their home. Then they get to know about this. At the same time, Salman Khan comes to promote his film Ready. In which he comes to Gokuldham for the scratch on his car through the paddle Where people start seeing them Along with Hrithik Roshan, Satish Kaushik, Amitabh Bachchan, Varun Dhawan, Prachi Desai, Akshay Kumar, Abhishek Bachchan, Ajay Devgn, Kareena Kapoor, Priyanka Chopra, etc. have also come.
CID also came on this serial in the case of a diamond theft. After which they search the homes of all the people and after finally giving the clues to Jethalal, they finish the episode and search the diamond and diamond thief. It included Shivaji Satam, Dayanand Shetty, Aditya Shrivastav, Gaurav Khanna and Dinesh Phadnis.

Jethalal Champakalal Gada (Dilip Joshi) is a businessman who wakes up very late and it feels very good with jalebi phaphra. But everyone keeps on bothering it. Tapu is naughtiest in the house and sometimes sala Sundar Apart from this, sometimes jethalal has too much trouble in the shop. Its wife, Daya Jethalal Ghada, (Disha Vakani) chiefly starts gargling. many times he has broken the window of the Bhide’s house. Atram Bhide teaches children and lives behind quite a lot.
Popatlal is a journalist who always lives with the umbrella and remains worried about his marriage. Apart from this, Tarak Mehta is the best friend of Jethalal and always protects him from troubles. Hansraj hathi always likes something to eat. He can not control food ever. Because of which he became fat but he gets a failure on every attempt to reduce obesity.
Nattu Kaka and Bagha work in Jethalal’s shop. Nattu Kaka always tells Jethalal to increase his salary. Bagha always spoils the work. Apart from this she also becomes Baawra in the love of Bawri.
Writers: Rajen Upadhyay, Raju Odedra, Niren Bhatt, Jitendra Parmar, Abbas Hirapurwala