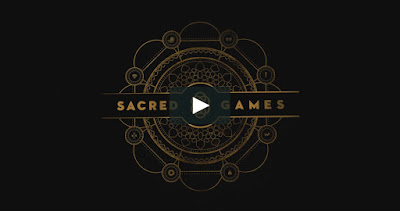 Big news came to the fans waiting for season 2 of Netflix’s popular web series Sacred Games. Netflix India has announced that something will soon grow bigger. It is believed that the second season is almost ready and the first trailer and later the second season will come. Indeed, this is being done on the basis of a tweet from Netflix India. Earlier, some reports had also revealed the dates of the second season’s release date.

Netflix India tweeted on March 19th. It reads: “Calendar, remove the date and write the date. Something is going to grow in 14 days. “The tweet is becoming viral. It is being said that this tweet of Netflix India is a big hint for the Sacred Games Season 2. Ganesh Gaitonde also gives a date in the Sacred Games and tells him something big in Mumbai.

On Netflix tweets, it is believed that after 14 days, there is a trailer of the Sacred Games 2 and a release date announcement from the makers. On September 21 last year, Netflix India released teaser videos of the Secrets Games Season 2. Say, Suspense thriller based Sacred Games has had a great success all over the world. The viewers took Saif Ali Khan – the web series adorned with the glorious performance of Navajuddin Siddiqui. Actor’s acting and the magnificent plot everyone appreciated.